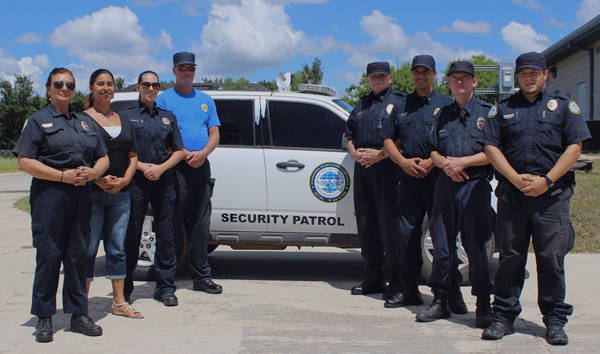 Founded in 1984, Martinez and Company was born with the mission to help private business unravel the complex procedures and security measures either ‘recommended’ or mandated by the U.S. federal government and international regulatory agencies. The company focused its primary attention on the maritime industry, international transporters, manufacturers doing business cross-boarders, and supply chains originating from high risk regions of the world.

Today, Martinez and Company remains a small but highly respected source for practical security solutions within the safety and security industries.

Service to our families, our stakeholders, and the Community is essential for the overall success of our mission and you as our client. By giving we shall receive much more in return. By placing the needs of others before our own, we build virtue and character.

Integrity in everything we do enhances the lives of those we care about and those we serve. It shows a commitment to our mission and our relentless pursuit for perfection and harmony.

Efficiency in the way we think, plan, and act makes way to limitless possibilities and a brighter future. Through ingenuity, self-reliance, empowerment, thoughtfulness, and swift action we shall achieve more together than ever feasible apart.

As security professionals, our mission is to provide the very best protection services possible for our clients’ interests while simultaneously assisting with any and all duties that may create a more efficient and safe working environment for the client.

We shall be held to the highest standard of service, integrity, and efficiency, and will constantly endeavor to maintain a professional image and the highest ethical work standard.

We shall always strive in every way to improve the quality of service through education, training and experience, so that we may provide superior service to our clients.